Have you upgraded to Windows 10 yet? Maybe you shouldn't. 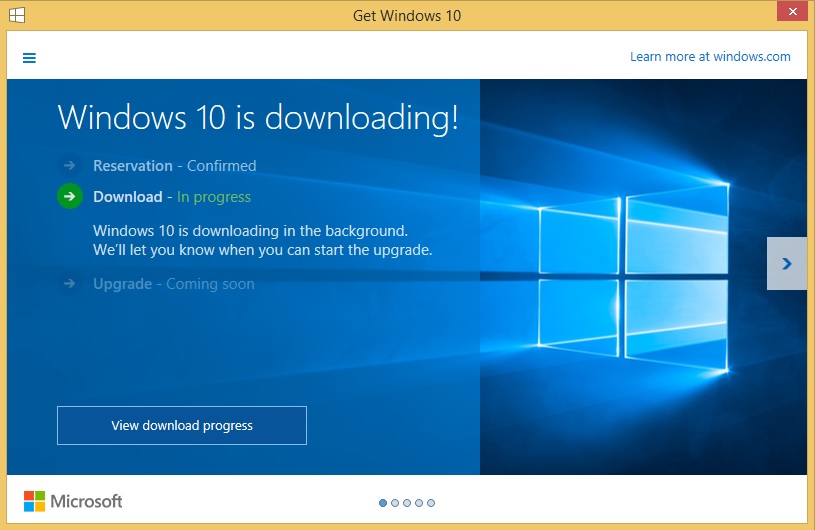 For the most part, Windows 10 has been pretty good.  But then there are the times it isn't.  And the times it installs itself while you were sleeping, or at lunch, or when you turned your head.

I have had a whole lot of customers say that they woke up to Windows 10.  And sometimes it didn't go well.  Updates from Windows 7 or 8 can sometimes have issues days or weeks later.  The most common I've seen has been Windows 10 suddenly losing it's menu.  Click the little Windows menu button all you want.  It's not going to open.  And getting it back is a major chore.  Like doing a repair install or restore kind of major chore.

So, if you haven't done it, and don't want it, you MUST take an active step to stop it.  Just saying no every time it asks won't work.  Because it will do it when it KNOWS you're not around.  Sneaky devil.

So here is what you need to do:  Go to The Ultimate Outsider blog's download page and download GWX Control Panel (Get Windows X, GWX, get it?)  You can get the stand-alone version.  There is really no reason to actually install it. 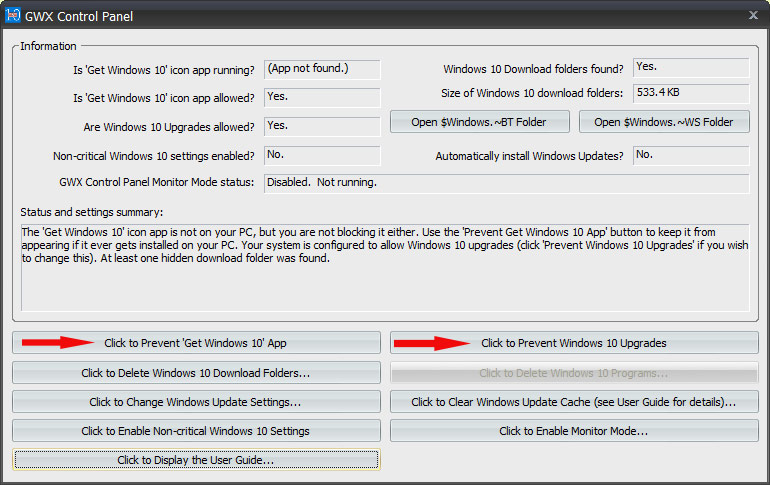 The two settings that I have marked with the red arrows are all that you need to get your computer to stop asking you to upgrade AND to prevent it from happening on it's own.  So just click on both of those and close the app.

END_OF_DOCUMENT_TOKEN_TO_BE_REPLACED

Tech News from Around the Globe